Sustainability is as important as productivity for Petrom.

Petrom directs all its operations to the ongoing quest for sustainability, as it believes that the solution to global issues lie in local actions. Within this context companies have an important role to play.

So much so that Petrom, within its Environmental Management System following the guidelines of ISO 14001, established itself as one of the first industries in Brazil to reach the level of Zero Effluent with 100% reuse of water.
This information has been validated by the ABIQUM – Brazilian Association of Chemical Industries – stating that Petrom is considered a nationwide pioneer in the use of this technology.

One of the most modern sewage treatment systems in the world.

By the mid-’70s, when environmental protection was not yet a matter of attention as it is today, the company then Oxypar, already had a treatment system for domestic and industrial effluents.

In the late ’90s with the emergence of Petrom, and especially the availability of new technologies, the policy for environmental sustainability of the company gained further strength.

One of the landmarks in this policy occurred on August 1, 2008, with the inauguration of the new Wastewater Treatment Station (WTS), which has one of the most modern operating systems worldwide, and is used as a model by the Sao Paulo State Environment Company – CETESB.

The technology treats the wastewater through physical-chemical and biological methods and, lastly through an ultra-filtration membrane, which allows for 100% reuse of the water.

Resulting from the production of plasticizers, industrial effluents are treated in the WTS alongside domestic effluents in an ongoing process that allows for the output of water of equal if not greater quality to that of the initial use. This is used in irrigation, washing floors or replacement in the cooling tower.

By using all treated water, Petrom does not discard any type of wastewater into rivers and can still reduce the consumption of water by 22%, which contributes to the preservation of such an important natural resource. 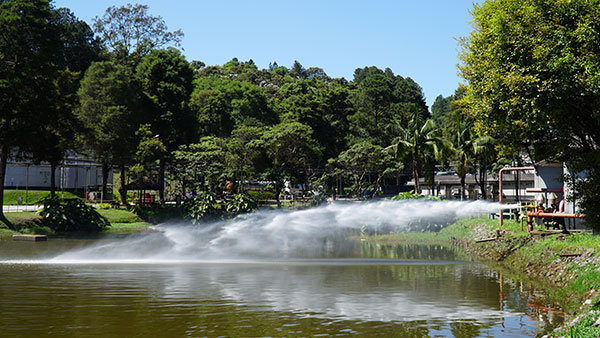 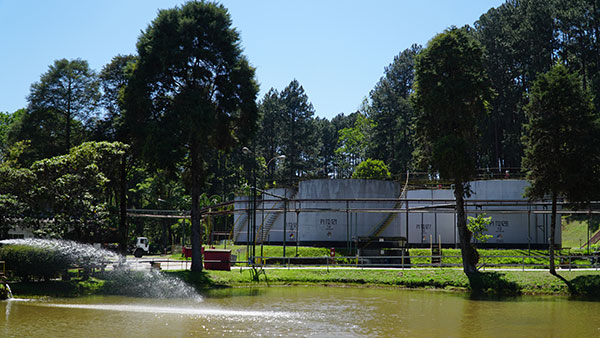 Data from the Effluent Treatment Plant.

The treated effluent, after passing through ultra-filtration membranes have the following characteristics:

In addition to chemical analysis, water quality obtained in the system for reuse can be seen in a fish tank, which receives the treated effluent via a “bypass” directly from the pump outlet of the WTS.